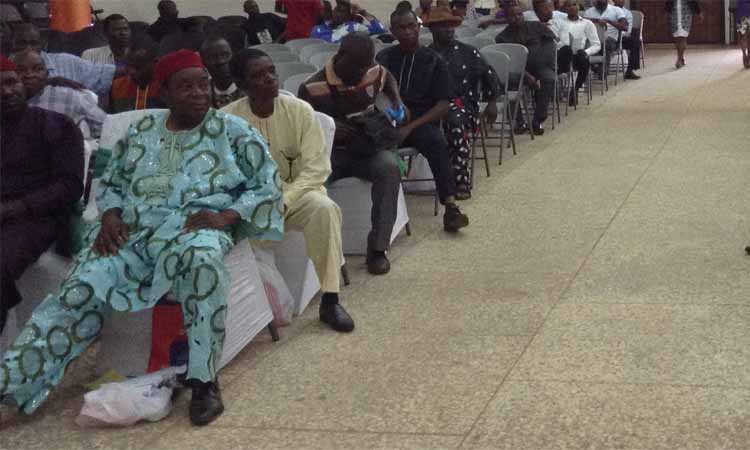 Monday, 21st September 2015 was the 10th Anniversary of the untimely death of Comrade Chima Ubani, the renowned student leader, human rights and democracy activist and social crusader. He died traveling from Maiduguri where he went with other campaigners to mobilize against the planned increase in fuel pump price by the then Obasanjo Government. To commemorate the event, the Institute for Innovations in Development (IID) in collaboration with the Students Union Government (SUG) University of Nigeria, Nsukka and friends of late Comrade Ubani, brought together family, colleagues, students, lecturers, civil society activists, political and human rights activists, and acquaintances of the late icon at the University of Nigeria, Nsukka where as President of the Student’ Union, he led students against the draconian policies of Nigeria’s military governments in the 1980s. The event provided a platform for Chima Ubani’s peers and scions alike to celebrate his life’s work in diverse areas. There were discussions about his role in student’s union movement, promotion and protection of human rights, pro-democracy movement, as well as inclusive development. There was also a tributes session in his honour.

The event gave participants the opportunity to critically re-examine the state of the nation, including the role of the human rights and pro-democracy activists in consolidating democracy in Nigeria. It was also an opportunity to connect the younger generation and veterans of the students, human rights and democracy movements in Nigeria. The occasion offered students and young scholars and activist a chance to learn more about Chima Ubanis’ life story and, hopefully, inculcate in them the spirit of and passion for social justice and public service that he represented.

The participants committed to rededicate themselves to Chima Ubani’s principles and commitments to development of the Nigeria people and agreed to make the commemoration of Chima Ubani’s death an annual event. They also promised to show a new commitment to the growth of Student Movement in Nigeria and to forge effective linkages between activist scholars and students in Nigerian university, and between them and the wider civil society movement in Nigeria.

The Ford Foundation supported the event.